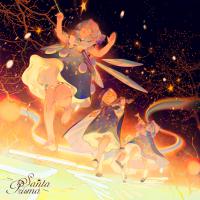 Happy New Year! This week, we began adding additional albums to our web store starting with Yumi Sakata’s “The Yama King” and continuing with albums from IRON ATTACK! and EastNewSound. Over the next month, we’ll be working to add dozens of additional albums including works related to Touhou, original works, other IP’s, and possibly opening up a section for physical copies of fan-made games. Check the store often to find what’s new as many albums will be available in very limited supply.

Alongside new music from eastern circles, we’re ramping up to introduce a few new circles from the west to the station later this month. A small handful of artists and circles have reached out to us recently about getting their works on our station, and we’re grateful to them for that! Often, we’re just not aware of some of the newer or smaller circles out there. Sending us a quick email can be all it takes for us to buy a bunch of additional albums for the rotation. Since these aren’t added yet, we’ll save the “who” for upcoming knowledge posts, so stay tuned!

Finally, the end of another year means we’ll be tallying the score for the Top 100 Touhou Songs of 2022. Every year, we compile a list of the top rated songs on Gensokyo Radio based on listener ratings. Thanks to all who participated by submitting song ratings over the last year! For 2023, we’ll be making it easier to submit song ratings through mobile development, improving access for listeners in more places and on more devices.

Thank you for your support in 2022. We’ve got a lot planned for 2023, we’re excited to have you with us, and we look forward to meeting many of you at TouhouFest in April. Thanks for listening!