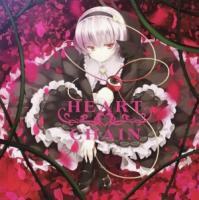 This week, we adjusted the station’s rotation schedule, ingested additional new music, and are beginning to lay down the foundation of what will become the new web app.

As mentioned last week, we’ve been integrating more of our scheduler’s native functionality to improve the station’s song selection process. Last week focused exclusively on improving a small segment of time immediately following the song preview segments which occur every two hours. This week, we focused on the broader selection process which affects which songs are played and when.

As it is now, there are two primary metrics the scheduler uses to determine which song to play and when: count and recency. Previously, we had attempted to combine these two metrics into a single query, but due to some system limitations, we had mixed success retrieving the intended song, causing the system to fall back to selecting the least recently played song most of the time. After this week’s work, the system now uses a predefined schedule for playing songs based on these two metrics in two separate rotation definitions. These rotations alternate hourly, meaning listeners will hear a combination of newer songs and songs which have not played recently (while observing our standard set of repeat rules). In short, this should increase variety while also giving a boost to songs which haven’t played as often.

On the topic of music, we’re currently in the middle of ingesting new music from a small handful of circles including:

Finally, we have officially begun the process of crafting a new web app for mobile devices, with the option of creating native applications later on. We’ve decided on a new framework which may allow us to create multiple applications based on a single codebase. This has several benefits including saving time, allowing us to use languages we’re most familiar with, and delivering a usable product to our users more quickly. When available, our goals are to replace the current Android app, produce a new iOS app, and potentially produce a new desktop app. At present, our aim is to have something available to test for our supporters/enthusiasts by late autumn.

That’s all for this week, stay tuned for an event pin on our Discord server for our next Meetup event (Sunday, Sept. 11th), and thanks for listening!