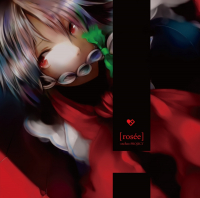 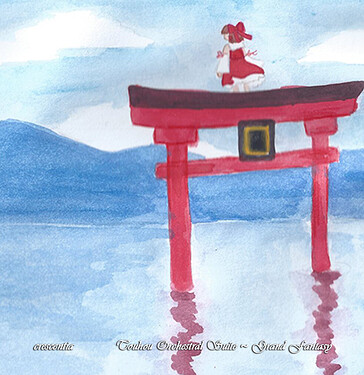 Orchestral pieces tend to be the hardest genre for me to review. The music is not about innovating the genre, but painting a picture in the mind of the listener. In order to do that, there are two variables that every great orchestra has to take into consideration. There is the vision of the conductor leading the ensemble. Do they want this piece to be grand, loud, over-the-top romp about the room that portrays an image of a child dancing about a room, or a soft, somber, almost reserved number that paints the picture of a battlefield moments after the fighting stops? After that, you have the talent of the people who are behind the instruments. Some of those people have been playing that instrument for years, honing their craft and playing at their highest level. Do they bring extra fire to the flames? Both the Conductor and the orchestra must be in sync in order for this to work. But what if the conductor and orchestra were one?

Enter, crescentia, where with the power of modern technology, he was able to produce a grand symphony in the span of just 6 months. The album titled “Touhou Orchestral Suite ~ Grand Fantasy” is a journey through Gensokyo. It has this dual feeling to it, half ride through the sky as a bird through the land watching as the daily lives of our favorite Touhous play out, and half walking side by side with the inhabitants going on a grand adventure. If I was with Reimu, I would just bring a pair of boxing gloves because there will be a lot of hit-first-ask-questions-later kind of encounters.

The opening track is a lovely piano arrangement of the Eastern Story theme that almost builds into the second track. The second track titled “the path of wind and stars ~ descendent revelation” is a wonderful rendition of “The Primal Scene of Japan the Girl Saw” and what really makes this once stand out to me is the way it slowly builds into growing crescendos, placing this image into my mind of standing on the Youkai mountains and looking down over the landscape.

One other track I need to point out is the fifth track, “Maiden’s Capriccio ~ Battle Concerto.” Just the way the drums are playing in an almost militaristic manner, it places this image into my mind of Reimu engaged in some grand Danmaku battle over Gensoyko and it makes me crave hearing crescentia’s music in some sort of RPG video game. I know for a fact this already works for games of D&D.

The album as a whole is a wonderful ride and I really want more things out of crescentia. This album, as complete as it is, makes me crave more. I want to keep going on this adventure through Gensokyo and meet new people and explore settings in a way I haven’t before. I really hope for a second album.

You can pick this album up on Bandcamp for free, however, I highly encourage you to pay for this album. I assure you this album feels like I should have been charged a minimum of $6.