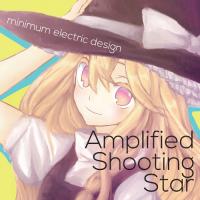 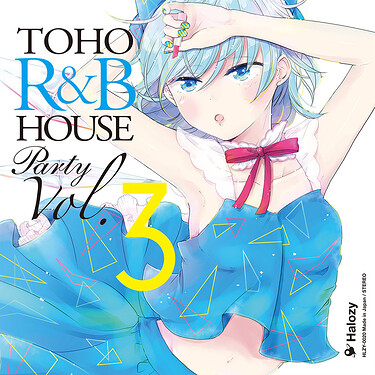 Back in February I reviewed Halozy’s album “TOHO R&B HOUSE Party Vol.2” which I happened to be something I just stumbled on. So in between dumping buckets of ice water on my head, getting a new job, and Comiket 86, Halozy dropped “TOHO R&B HOUSE Party Vol.3” which I was getting really excited about after I heard the crossfade. Knowing what to expect this time around, I was wondering if this album was going to just as much fun as the last one.

Now to put this whole review into context, I overslept so I was needing to get on the road as soon as I showered. So this entire review was done over one shift. Granted that I could have done it at any other time, I needed to listen to this album as soon as possible, I went to extreme lengths to make sure this album review was done.

As soon as you press play, you are confronted with “HEY DJ! PUT YOUR HANDS UP!” My first thoughts where, “Oh, this is going to be a blast already.” Sadly, as bad as I wanted to dance to this track, I was driving to work. What is nice about this track, titled “Hey DJ,” is that the sing has an audience in the background, which adds to the feeling of wanting to join in on the dance party. The drop though, that is the part that made me hate the fact I couldn’t dance.

A couple tracks down is a song “Kill DJ,” which had me perplexed since we are already telling the DJ to put his hands up. It made me think, “are we now the music police? Are we arresting the DJ for throwing a jammn’ party? Did they have a weapon and that is why we needed to kill the DJ?” All of that thought dropped when the song did. I was just dancing uncontrollably while inspecting car parts.

The track that was the most fun tho, was “厄神様のジレンマ.” It is a Rap track. At some points, I thought I was listening to a Japanese version of Pitbull. What is really cool about the track is that I don’t think I heard something like outside this album. Which is a shame since I just now decided I really dig this style.

All I have to say about this album is HEY TOUHOU DJs! WHY ISN’T THIS IN YOUR CURRENTLY PLAYLIST! For real, this album is the first album in a long time that I wanted to dance the full length to. There is a lot of really good vocalist featured in this album too, like ℃iel and nachi. This album is so far my favorite album of C86, but then again I have yet to listen to any of the metal that has come out of it.