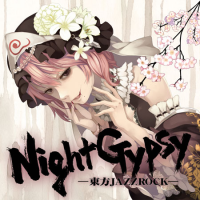 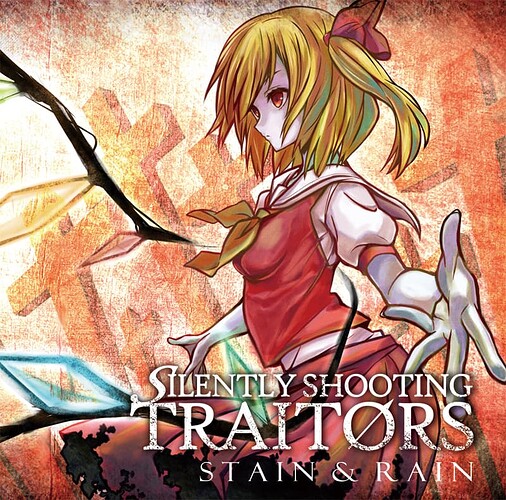 If you tuned into my show a few weeks back, you would have heard me talk about a band called Silently Shooting Traitors. They have been blazing a storm this past year with there very unique take on Touhou metal. I would call them a combination of metalcore with very heavy djent elements. These guys couldn’t have picked a perfect time to show up either. Their First album, “Stain & Rain,” came out back in September 2013, around the time Foreground Eclipse was announcing that they would cease making music together, which was one of the best times to enter the scene if you want to shake the Touhou metalcore genre. Boy did they shake it. They took over where Foreground Eclipse left off. In my opinion, right now, they are at the top of Touhou metal music.

It is safe to say that if I were to know about “Stain & Rain” sooner rather then after I wrote my official review of “Seated with Liquor” I would have taken everything back pertaining to the words “Seated with Liquor is something that could never be touched.” I was so, so wrong. This album has some of the best clean, and screaming vocals ever! Shoohey is at the top of my list as being one of the best metal vocalist of all time. He took top spot away from the former vocalist of the metalcore band, Agonist. He pairs awesome clean vocals with brutal screams that go so well together, much like Alyssa White-Gultz. Something else that makes this band stand out, is how they handle the instrumentals. The guitarist, Keinoaza, and bassist, Yonakiyasya, are both great in their own right. I haven’t heard this much in the metalcore genre, and that is why I put this up to djent. Much like Meshuggah, the band that coined the term, you hear a lot of “high-gain distortion and distinctive palm muting”. You can clearly hear that style in the intros to some of the songs as well in some of the breakdowns. They also break into some classic metalcore sounding riffs in the chorus that really gets your head banging, while throwing some piano and synth in there for good measure. What is awesome is that they also try out some old school punk as well in their song, “Small Step” which was featured in my first show. It is nice to hear some bands still trying to get that classic punk sound out. It makes me think of the old days of Green Day, if they were a bit heavier.

I have been listening to this album nonstop since I bought it. It is one of the best albums I have listened to in a long time. It just makes me feel good just jamming to it. Their intros are just so amazing, the title track “Where’s your Justice” is just a small example of how heavy they can get when drops from some nice piano into this ultra heavy riff and Shoohey’s screams. It is just sends chills down your back. Then there are songs that are just lyrically perfect. One of which is “Crimson Rain” where the instrumentals, vocals, and lyrics paint such a perfect picture of Flandre that it is too good for words (Lyric video posted below).

Silently Shooting Traitors are the perfect marriage of metalcore and djent. They help fill the hole that was left when Foreground Eclipse broke up. “Stain & Rain” proves that they deserve that placement with them along with other great Touhou Metal bands. They are helping push Touhou metal in a new, heavier, direction. This album is available on MellonbooksDL for 540 Yen, or about $5 USD. 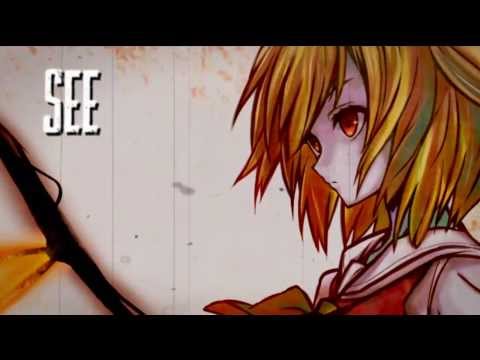