When I first started listening to ORANGE★JAM, it was two years ago in my dorm room at U of L. I just ended a round of Hisoutensoku with some friends. I was searching up some music to listen too while I do some homework. I was just getting into Oddfuture at the time and tought to myself that maybe I could find some Touhou Hip Hop. At the time it put ORANGE★JAM’s Crossfade for “So-Matic” at the top of the page. After I clicked it I found found myself scouring the internet listening to the entire album. At the time I was broke, and had no way of buying the album, that was the only way I could be introduced to the ORANGE★JAM.

Their album “Starlight” released December 2013 at Comiket 85, is their second complication album with with lead vocalist Renko at the helm. It contains six vocal tracks by Renko, and six off vocal versions of the same songs. This album comes after their third full album “A-Romatic” released summer of last year. This album features that same signature sound you expect from Renko and her crew, but man this one sounds amazing. Each track has so much care and precision put into them that it makes me love them just that much more. Renko’s vocals are back in full force and upfront in a big way.

There is a combination of genres that come out in this album. R&B, pop, and house are just a few that really stand out. Each track is like a breath of fresh air rolling into one another. In the song “Dreaming Tonight” the song invokes the feeling of looking into the night sky, where as “Synchronize” has more a upbeat, sunny feeling to it. In both songs Renko’s vocal powers shine through bringing life to the lyrics. I always put Renko at the top on my list of “Best all time Vocalist.” It is not only the vocals, but also the arrangers that did an excellent job on this album. I really dig the remix of “Atelier of Light” from “Love★Montblanc” by Maurits Cornelis of FELT. It is such an amazing remix that I almost prefer it over the original if it wasn’t for the fact that the original was just a masterpiece.

I have to say that each track was very well done and I applaud everyone who worked on it. The album is a lyrical stunner, the arranges are flawless, and Renko’s vocals are just as powerful as ever. I would even go as far as saying that is my favorite album of C85, and the entire ORANGE★JAM discography. I highly recommend this album to everyone. If you see a copy of any of their albums anywhere, I urge you to pick it up. ORANGE★JAM is a must have in any Touhou Music collection. 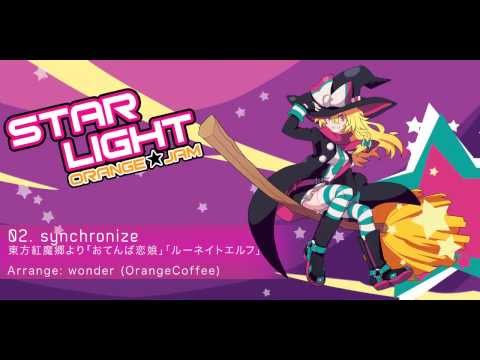