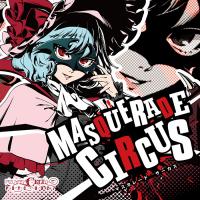 Happy 3 years to Gensokyo Radio! I know I only been here for about 2 months now, but I have been listening since December 2012 and I have to say that the station has come a long way since then. I am honored to be a part of the this celebration and super pumped for Live #18. Since we are going to be going over our top ten songs of all time. I want to share mine with you in the form of genuine review so I am able to clearly explain myself for general time sake of the live show. You can listen to the songs at the end of the review in order as they appear on YouTube. So here is my Top Then Touhou Tunes of All Time:

This song is special to me in a nostalgic sense. When I first started college, I got a new computer which means I lost the ability to add new music to my ZUNE player (don’t judge) and I started to move the music from the ZUNE player to my Blackberry phone. I would, at least back then, rip them straight off of YouTube like every kid who knew how to use a YouTube to MP3 converter would. This song was one of the firsts. This song drew me in with those vocals by Itori. They were so crisp and clear, that it almost felt like her voice was pulling you into the song. What was so nice about this song was that, after my day of classes I would go to the Student Activity Center, and grab sushi, since it was cheap and my favorite sushi restaurant was not built yet, and walk to the quad and sit by the donated cherry blossom and eat and watch the sunset drop behind the engineering building. All of this while listening to this song. This song really made that moment seem like a something else. The song just has the calming nature to it which, being an engineering student at the time, I felt I needed in order to just get a handle on things. This song is defiantly in my Top Ten for that reason alone.

A song by Masayoshi Minoshima is almost required in any list of Top songs of all time, but notice how I didn’t choose “Bad Apple.” Well that is an excellent song in and of itself, it does not quite hit my Top Ten list. This song, unlike “Bad Apple,” has so much complexity to it. Who knew Minoshima himself could take the baseline from “Seven Nation Army” by White Stripes and mix it with “Lunar Clock ~ Luna Dial” and get something like this. I have to give credit to Mican for her vocal work in this song because without it, I think this song would not even be on my Top Ten list. What is amazing is that you only hear “Seven Nation Army” if you are really listening for you to hear it. After that you really cannot un-hear it. That just shows you how much work really goes into this song.

Vivienne has the most stunning female vocals out there. There are few that could compare to her in this song. What is even better, the lyrics were written by Renko, who I would place just slightly above her. Vocals to me make or break a song, not too keen on instrumentals unless they are flawless and unique to the point where vocals could hurt the song. This song really puts vocals at the foreground or the song. Vivienne’s voice brings this almost magical charm to the music behind her. It makes me think about Yuyuko standing next too a Cherry Blossom tree in the spring with the peddles falling all around her.

This is first song I have ever heard by this circle, but Yunna’s vocals really bring this Dubstep something other vocals can’t. Unlike most Dubstep tracks, this song is not minimalistic when it comes to it’s structure. CleanTears really tries to work the Dubstep in with the vocals and make the wubs and the vocals almost complement each other. What really makes this song stand out to me is how well done this song is. It is not like most Dubstep tracks that goes from a nice build up then at the flip of the switch, it goes into MAXIMUM OVER WUB, but rather lets Yuuna bring the drop in with her voice which to me is ASTOUNDING! I really wish more Dubstep songs had vocalists like this. This is so refreshing for the genre to hear something like this.

You think with the previous song that I would be against maximum over wub, well your wrong. Where people criticize Dubstep, is where I believe where the genre’s greatest strengths lie. Now I can hear some people going, “But it is not music.” and that is where I say, no. See there is an art to Dubstep, there is a lot of timing involved trying to get maximum effect out of a drop, or where you put the wubs. This goes double so songs that are being remixed! This song, unlike the previous song, gets that critical timing perfect when it come to achieving the best effect. Using the entire first verse as the build up point to the colossal drop in the chorus is just stellar. I love how, again, the Dubstep was built with the vocals in mind.

As you all can tell, I am a huge cYsmix fan. Love the guy. He is awesome. Does amazing work on his music. But when he announced he was working with Amateras Records, I put his Soundcloud as my homepage and waited for the sample. Then it dropped. I was absolutely dumbfounded. It was his best work yet. Now you could say this is bias seeing as I own all the albums he is on, but I really took a look at this song from a professional standpoint and wrote down what I liked about it. Looking at his previous works, being as good as they are, it seems like this song in particular was something special to him. He put so much work into it making sure his signature sound could be heard, while also trying to make the vocals stand out as well. This was also his first time having vocals on one of his tracks, which blows my mind hearing how well vocals go goes with his music. This song really deserves a ton of respect. I can go on and on about this song, since I listen to it all the time, but I got more songs to review.

PLEASE LET ARK BROWN DO MORE VOCALS FOR TIM VEGAS!! Sorry had to get that out. Tim Vegas is a stellar arranger. Every time I hear something by him, I get chills. His work is so clean and crisp, and he also injects his own niche into the universe. I also really like Ark Brown’s voice in this song. It bring be to the old days of R&B. One comparison I can come up with is Boys to Men. That is a sound you just don’t hear anymore. It died years ago. It feels so refreshing to hear now that it is almost shocking at first. It is so smooth, and clean. The harmonies are gorgeous. Those lyrics are sexy. It just oozes 90’s R&B. That is what really makes me put this song so high in my list.

You guys like this list so far? Then if you want to see my top three songs are and what I think about them, tune into Gensokyo Radio Live #18 at 7:00PM EST to hear them. Trust me, they will shock you. Heck two of them are something brand new to the station. I wouldn’t want to miss them if I were you.