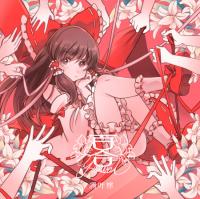 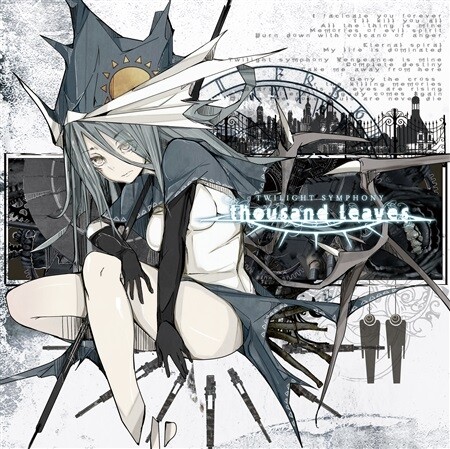 Before Touhou, I was really big into metal, still am today. I used to listen to everything from Slayer, to Exodus, to Witchery. The heavier and the darker it is, the better it is in my eyes. When I first found Thousand Leaves, they opened my eyes to how far the Touhou community can go. To me these guys are one of the best Touhou metal circles around.

First let me talk about the guitarist, Bach, he hands down has to be the best guitarist I have ever heard! When he plays, it is like listening to Eddie Van Halen (Van Halen), Kerry King (Slayer), and Herman Li (Dragonforce) all playing at once. It is absolutely mind blowing how crazy the solos are. I have so much fun listening to him play. You can clearly hear how he wants to bring in the fantasy of Gensokyo in with some of the melodic riffs, but also wants to stay true to the brutal natur of the DeathTrash sound! The opening tracks, “Dawn of Destiny” and “Twilight Symphony” really bring this point home with the use of harmonic solos and harpsichord. As Bach himself put it on his website “Slash riff is raging, cuts through the dramatic melodies! I also embrace neo-classical elements, Dramatic death metal of the new dimension is born here!” (used Google translate.)

But, it is not just Bach that makes this album great, the vocalist is absolutely stunning. Whitevillage on vocals really makes my hair stand up. His amazing screams and growls really give the album some backbone. His voice is very reminiscent of Rob Dukes of Exodus, which is what really drew me to the band. I myself emulate him as a metal vocalist.

Now for “Twilight Symphony,” I would almost compare it to a modern thrash album. With thrash returning with a new sound after 2005, it seems like bands like to play with the sound and make something new out of it, like Lazarus A.D. This album really makes me think of “Reign in Blood” by Slayer, but if it was produced by Ronnie James Dio. It has that pulse pounding, pit inducing, brutality that you would expect by a band of this time, and the drummer, Kawase, is a beast and bringing those blast beats. There is also this delicate attention of the original track. I love how when Bach plays “Seal of the Night,” it feels like I am listening to a Stevie Vai song. This album breathes the best of both worlds, the fantasy of Gensokyo, and the heaviness of metal.

I would recommend this to anyone, Touhou fan or not, to pick this up. You have a metalhead in your life and really want to introduce them to Touhou, buy them this album and by the end of the day they will be neck deep in “Embodiment of the Scarlet Devil” cursing the whole way through.