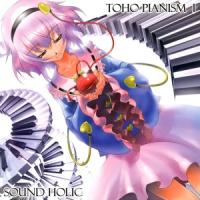 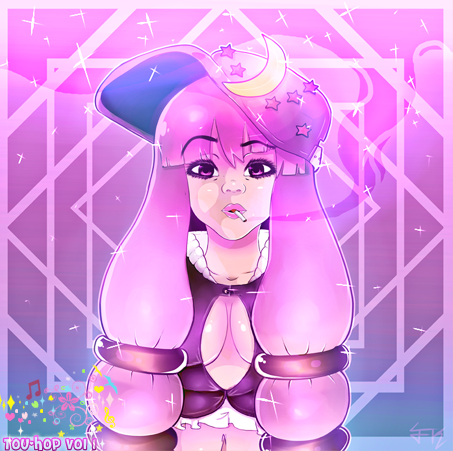 Well when C85 came around, I knew the usual suspects were going to release something, ENS, Shibayan, and Kissing the Mirror. One dark horse everyone overlooked was a newcomer, Moon-Tone. A UK based Instrumental Hip-Hop arranger, Moon-Tone uses multiple genres of Hip-Hop to convey moods, and thoughts across an album. He mixes his beats with amazing acoustic arrangements and has a flow to him reminiscent of Nomack

Now about the new album, “Tou-Hop Vol 1.” Moon-Tone takes a first step into Gensokyo, and is very partial to the Chillhop style of music. This is indeed chill. What is nice is that he really stays true to the source content, like in the song “Kindred Spirits” (which is one of two bonus tracks you get after purchase) you can hear “Night Sakura of the Dead Spirits” almost as it was from stage 1 on Ten Desires. The melodies are absolutely beautiful. The acoustic portions of the song really makes you think of the fantasy of Gensokyo and puts you almost right there with the inhabitants. Almost every song on this album invokes a chill that runs down your spine while you see how much care went into craft each song.

Overall this album is amazing. I really love just putting this album on and just sit around playing video games, surf the web, or chat with the Gensokyo Radio Crew. Really chill stuff, and would recommend it to anyone who is into some really neat experimental Hip-Hop.

This album is available on Moon-Tone’s bandcamp for free.