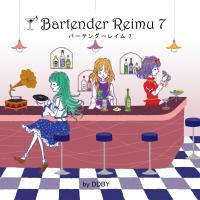 This week, we focused primarily on signal boosting various circles and their new music releases at Comic Market #100!

For those unaware, Gensokyo Radio has been running a series of posts tagged under #ComiketWatch or #ReitaisaiWatch on Twitter for some time. This has been our way of helping artists and circles by making their release and location announcements more accessible to English-speaking audiences. We do so with the intent of informing audiences outside of Japan about upcoming music releases, as well as to inform anyone on-location about where they would be able to find some circles. If you want to go back and see what we posted, use #ComiketWatch to search for our posts!

…as well as an event group who had put together a music event on Sunday evening:

Additionally, Touhou 18.5 became available physically at C100, as well as digitally on Steam. If you’re still seeking a physical copy, they’ll become available on September 14th in shops like Melonbooks and Akiba-Hobby.

Finally, we’ve got another double-event weekend lined up (Gensokyo Radio Live + Meetup). We also have something special planned, so be sure to join us during these events!

That’s all for this week, stick around and tune in during our events next weekend, and thanks for listening!