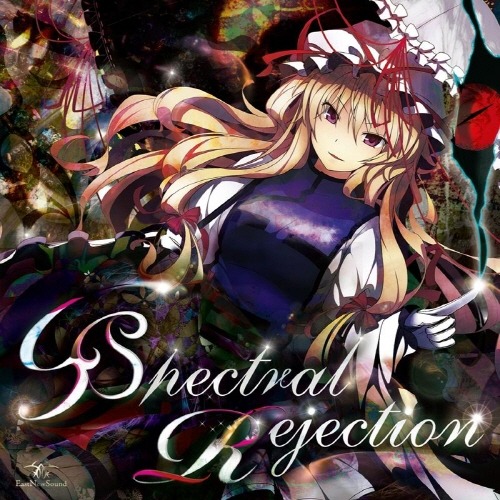 When you are first starting up playing Touhou, one of the the first circles you encounter are East New Sound. They are easily the most well known, and well liked, circle within the music universe. What drew them to me the first time I heard them, was their ability to take any Touhou song and really make it their own. They have such nice upbeat melodies mixed with beautiful vocals that make the music stick in your head. Since I first heard them, I have collected every album they ever released.

As for their new album, I was rather impressed with where they have gone. If you look back at their old albums like “Scattered Destiny” they were pushing a way more popish sound back then compared to now, where there is heavy dubstep and modern electro influences. They really have changed over the years, but what is astounding is that they still kept their defining sound (which I can pick out of a crowd of songs). This album is coming off the heels of “Rewind Amnesia” which was their Comiket 84 release, but at C85 they pack the album with an original goodie “The Two of Us - Murasaki Hotaru version” which is a remix of the same song from their all original album “Uncanny Instinct.”

Other then that, this album features songs from “Imperishable Night,” “Shoot the Bullet,” and “Perfect Cherry Blossom.” among others. They really mixed their sound in a fresh way with some songs like “Lemures Prelude” which seems to have some influences by dubstep. There is also “WORLDS END” where they bring their signature, pop sound in, but make it seem open, almost like a field of flowers (at least that is what I think of when I hear the song).

This album is one of the highlights of C85 for me and really makes me look forward to Reitaisai 11 and beyond for Touhou music as a niche within music as a whole. If you get a chance to get a hold of this album, I would recommend picking it up!