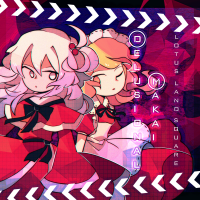 This week, we ran our third request block event, our 16th Meetup event, and made some additional adjustments to the station’s scheduling system (which ended up being slightly too aggressive). Read on to learn more.

Our most recent “request block” event ran on September 7th and proved to be another hit with our listeners! During the event, we opened up a thread where listeners could make song requests via Discord to play within a two-hour block. We also had plenty of new server members join on Discord to take part in the request block, so thanks to all who participated!

Request block events are considered “pop-up” events and are intentionally not scheduled too far in advance, providing unique opportunities for our most active members and listeners to interact more with the station as well as our team. During regular operation, we like to stick to a more traditional radio setup where it’s simply “push button, receive music”, the way one might interact with terrestrial stations in a car or on another physical radio. 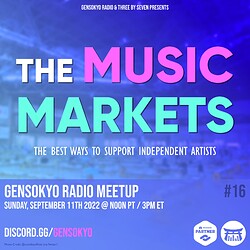 Our 16th Meetup titled “The Music Markets” took place on Sunday and had us delving into the important topic of where to find the music we play and how to support the artists. Up until the late 2010’s, acquiring Touhou fan music had been exclusively physical in the form of audio CDs. Today, there are more options than ever before to support the artists we’re all listening to when tuning in to GR, but what’s the best way to support artists in 2022 and beyond? We answer that question in this event, and if you missed it, it’ll be available in podcast form next weekend. You can catch other episodes of Meetup via our site and several major podcast platforms, just search for “Gensokyo Radio.”

In our efforts to continue improving the quality and variety of the music our station plays, we made an adjustment to the way music is selected. We’ve made a few such adjustments over the last several weeks, but this week’s adjustment incidentally caused a 2 minute 35 second gap to occur late Saturday evening. The cause of the gap was due to a setting which is responsible for preventing songs from any one circle from playing too often or too close to another song from the same circle.

The gap occurred when our scheduler had exhausted all viable songs, meaning no songs were available for the station to play until another circle had opened up. Under normal conditions, there is a fallback measure in place to ensure there is always a viable song, but because we’re working with a custom script to include circle parameters, this becomes more tricky to do. This has since been fixed.

Finally, we have our next Live show coming up on Saturday, September 17th. Stay tuned for an official announcement via social and our Discord server, and thanks for listening!